The Quaint town of Lincoln, MT

The town of Lincoln, Montana, is located 80 miles east of Missoula, 86 miles southwest of Great Falls, and 60 miles northwest of Helena. Situated between Yellowstone and Glacier National Parks, and just west of the Continental Divide, Lincoln is bordered by the Bob Marshall and Scapegoat Wilderness areas to the north, and the Blackfoot River to the South. The ski town of Whitefish is approximately 3 hours to the north, and the summer lake communities of Seeley-Swan are one hour to the west. A source of some fascinating (and unexpected) local history, including having been passed through by Meriwether Lewis and once the home of Ted Kaczynski (aka, the “Unabomber”), Lincoln is a small, scenic community on the borders of K Lazy 3’s playground.

The Bob Marshall Wilderness Complex, designated in 1964 for early forester and conservationist Bob Marshall (1901-1939), covers more than 1 million acres and six counties. The wilderness area has no developed structures or roads, and may not be logged or mined in compliance with the Wilderness Act. The pristine land is habitat to many large and unusual animals, including mountain goat, bighorn sheep, wolverine, mountain lion, lynx, and wolf. Old growth conifer forests dominate the area, as do many well-known mountain lakes and water falls.

The Bob Marshall Wilderness is accessible by trails from surrounding roads, including U.S. Highway 2 to the north, 89 and 287 to the east, and 83 and 200 to the south.

Based in Lincoln, MT 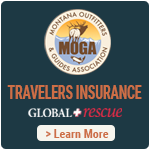